She was a cheerful baby bouncing with energy, her chubby cheeks earning her the nickname “Little Peach”. Although given up at birth for adoption, the little girl named Jung-in blossomed under the loving care of foster parents.

When she was seven months old, a so-called “perfect family” came along to adopt her. 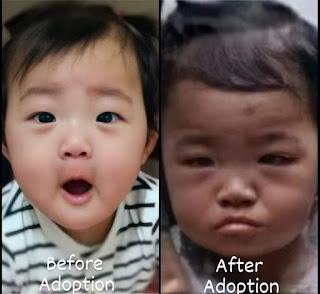 The couple in their 30s were known to be devout Christians who wanted a younger sibling for their four-year-old daughter.

The husband, surnamed Ahn, worked in a broadcasting company, while the wife, surnamed Jang, was an interpreter who had studied overseas.