A 75-year-old British guy ended up in the streets of Laguna, without a home after his wife left him. He used to own a computer shop in the area, but unfortunately, his wife left him, and such caused their business to falter. While he does not beg, the netizen who posted his photos and story said that she could see how difficult his life has been 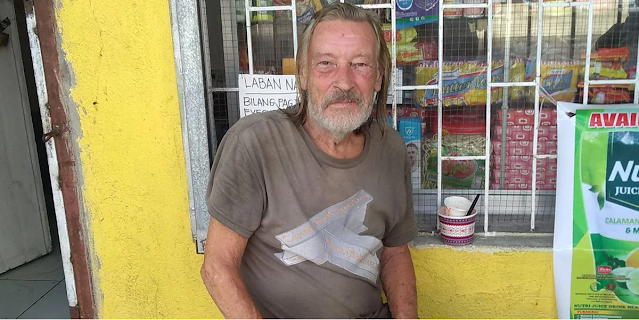 A 75-year-old British guy from London, ended up living in the streets of Biñan, Laguna. Sandrix Lita took to Facebook to post the photos of Arthur Ernest and to share his heartbreaking story.

He used to own a computer shop in Halang Canlalay Biñan, Laguna but his wife left him for reasons unknown, causing him to lose his business and he ended up in the streets. 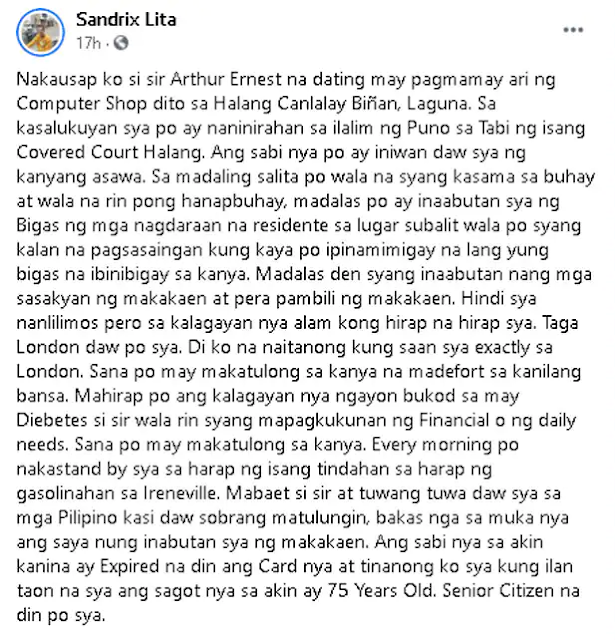 Usually, people would give him food but since he does not have a stove or anything, he would just give away foodstuff given to him. The netizen said that Arthur is very nice and hopefully, something could be done to help him go back to London.