A lot of Filipinos are in envy after seeing a viral post online stating how Hong Kong can be generous enough in hiring employees no matter how old they are. 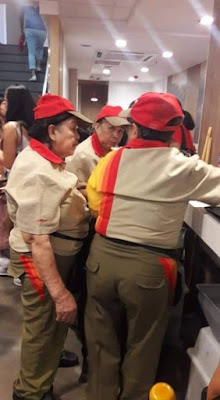 In a Facebook post written by Cassy Marcelino, she shared a picture of some of the employees of one of the fast food chains in Hong Kong. 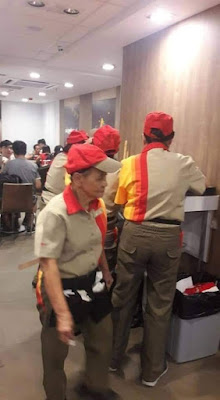 Almost everyone who saw the post was shocked to know that the service crews are not youngsters as expected but senior citizens. 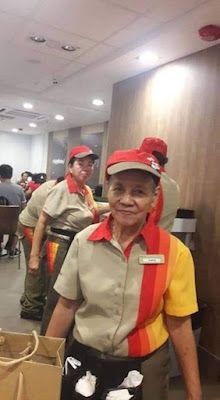 Unlike in the Philippines, employers in Hong Kong do accept senior citizens as employees as long as they are still physically strong and understand the jobs they have very well.