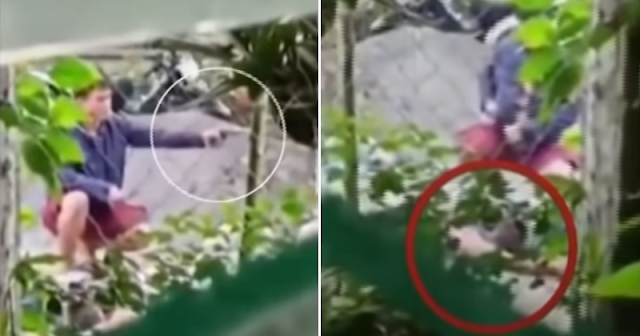 The Valencia police office has issued a statement on the issue which disputed the video’s insinuation and claims made against the police.

A video showing police officer PCpl Benzon Gonzales, in Valencia, Bukidnon picking up the .38 cal gun allegedly owned by the dead suspect, firing it thrice to his right, then placing it back beside the lifeless body

According to the report, CDEU operatives from the Valencia CPS, along with officers and personnel from the Bukidnon PIU, Bukidnon 2nd PMFC, Bukidnon Provincial Drug Enforcement Unit, and Regional Intelligence Division 10, conducted a drug buy-bust operation against drug suspect Pol Lopez Estañol. Operatives also claimed that Estañol immediately drew his .38 cal. revolver when he noticed he was transacting with a poseur buyer.

Authorities said they had no choice but to shoot the suspect in the operation that took place on February 20 in Barangay Batangan. The report also said that the suspect was immediately brought by police operatives to Laviña Hospital,in Valencia City but he was declared dead on arrival by the facility’s attending physician, Dr Julie Ann M. Evangelista. The provincial police chief also said that the police operatives found three spent bullet cartridges at the scene of the crime. The Provincial Director Lagare commended the responding PNP officers for a job well done and in their relentless effort to place under custody the illegal drug suspect.