Veteran showbiz columnist and TV host Ricky Lo has passed away, his family said on Tuesday. He was 75. 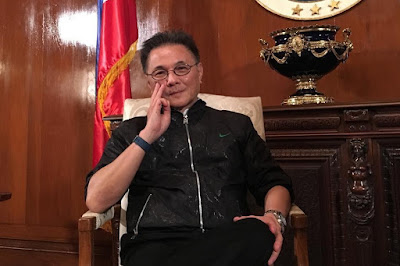 Lo died past 10 p.m. on Tuesday due to a stroke, according to his sister Susan Lee. He had just celebrated his birthday on April 21.

Lo was the long-time entertainment editor of The Philippine Star, where he also had his daily column, starting in 1986.

“You will be remembered, Sir Ricky,” The Philippine Star said in a statement. 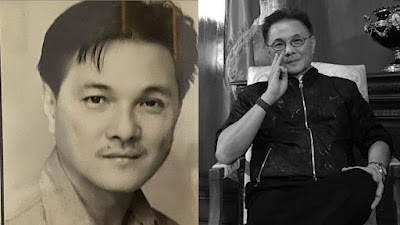 “It is with deep sorrow that we announce the passing of our beloved Entertainment editor and columnist Ricky Lo on May 4, 2021.”

Known for his exclusive interviews and showbiz scoops, Lo also became a host of showbiz talk shows on television. 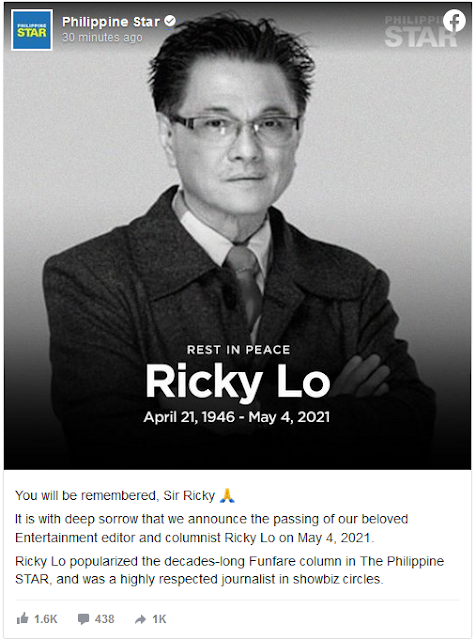 Lo’s career in entertainment journalism traces back to the late 1960s, with the old Manila Times, and later, Philippines Daily Express.

He also published a book, “Conversations with Ricky Lo,” which compiled 42 of his exclusive interviews with personalities, in 2001. — with a report from Mario Dumaual,